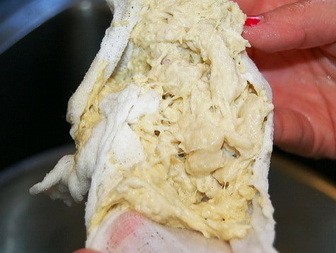 Here’s why high gluten foods, like wheat bread, breakfast cereal and pasta, can irritate your intestinal lining and are causing digestive problems for a growing number of people.

Following this is a list of foods that contain the most gluten and a corresponding list of gluten-free alternatives, including grain based foods.

Also ahead, how to do a simple 2 day grain-free test to see if you have sensitivity symptoms.

Even if you are not allergic to gluten, many people find reducing wheat products in their diet also reduces gastrointestinal issues, like bloating and gas, and improves their energy levels and mental focus.

Contents
1. How Wheat Causes Bloating and Gas
2. The Problem with Gluten
3. Sensitivity on the Rise
4. Cutting Back on Wheat for Better Health
5. The 2 Day Grain Free Test

How Wheat Causes Bloating and Gas

The first are fructans. These indigestible carbohydrates are completely malabsorbed in your digestive tract. Instead they are passed on to your colon where they promote bacterial growth and gas production.

Wheat products contribute the vast majority of fructans in most people’s diets. Rye and barley are also high in fructans, but these grains aren’t usually eaten as often as wheat.

The second substance found in wheat, barley and rye that can cause digestive problems is a combination of proteins collectively known as gluten.

While gluten doesn’t directly feed intestinal bacteria in the same way as fructans and other indigestible carbohydrates, it can cause gastrointestinal distress for different and more damaging reasons.

The Problem with Gluten

The most serious issue associated with eating foods with gluten is celiac disease, an autoimmune condition that damages the intestines, hampers nutrient absorption and can even be life-threatening.

Beyond the small percentage of true celiacs within the population, more and more people appear to be suffering from a negative reaction to gluten in their diet.

Gluten intolerance leads to your body treating undigested gluten proteins, like gliadin, as foreign invaders. This irritates your intestinal lining and can be the source of many digestive issues.

It can also damage the delicate microvillus in your small intestine that are responsible for absorbing the nutrients you need from your food.

Sensitivity on the Rise

Various theories have been put forward for the significant rise in gluten allergies in recent years. After all, people have been eating bread for thousands of years.

Is modern day bread anything like the bread your grandparents ate though?

Some specialists, like Dr. Davis, author of Wheat Belly, note that wheat strains have been bred in recent decades to significantly increase gliadin content.

Others point to commercial bread bakeries dramatically speeding up the rising time of bread, from many hours in the past to no more than a few minutes nowadays.

This leaves much more gliadin in the bread loaf and may be why sourdough bread, with its much longer rising time, is usually better tolerated by sensitive people than regular supermarket bread.

Far more gluten is also now added to bread and used as an extra ingredient in many other processed foods than even before. So much so that US imports of pure gluten more than doubled between 1997 and 2007.

Regardless of the causes behind intolerance, it’s a growing issue with millions of people suffering from digestive issues due to gluten.

Some commentators suggest that virtually all people are sensitive to gluten at high enough levels. So, as our intake of this difficult to digest protein has increased, so too has the number of people suffering from gluten sensitivity.

Cutting Back on Wheat for Better Health

All in all, there are many good reasons to minimize grain foods, and particularly processed wheat products, that provide your body with a flood of empty calories, yet next to no nutritional value.

Not only will you avoid digestion problems with gluten and fructans, you’ll also greatly reduce your risk of obesity and other serious conditions associated with high carbohydrate consumption.

The following list of high gluten foods may be hard to read for some. If your sensitivity is mild, then you may see improvement just by reducing some of the highest sources, like supermarket breads and pasta. 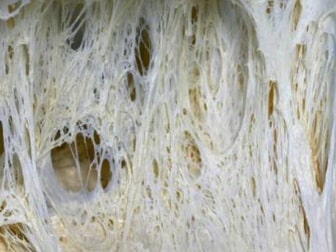 However, if you have wheat allergy symptoms, or are fully intolerant, then it’s vital to your long-term wellness to make the switch to foods on the gluten-free list ahead.

Fortunately, most gliadin-free alternatives to wheat, barley and rye are also low in fructans, so avoiding one will also generally avoid the other.

The only exception to this is gluten-free products still made from wheat, barley or rye. These are usually still high sources of indigestible fructans that can cause bloating and gas on their own.

While grains like oats and corn start out as gliadin-free, it’s important for people with wheat sensitivity or allergy to check the packaging on products like instant oats or polenta for added wheat or potential cross-contamination. Even if your digestive system doesn’t have an obvious reaction to the fructans and gluten in wheat products, your body will appreciate a break from the energy level roller coaster that generally accompanies eating processed grain foods.

Cutting out foods with wheat for a little while usually removes most of the unhealthy and fattening foods from your diet. Many people are amazed at how good they feel after just a couple of days of wheat-free meals.

Even if you don’t feel like you can do this permanently, it’s simple to switch from breakfast cereals to eggs, from sandwiches to a salmon or turkey salad and from fattening pasta to healthy protein and mixed low gas vegetables for a couple of days.

When you do, really notice how you’re feeling on those days. If you’re like most people, your energy levels will be much more stable, your mental focus clearer and you’ll be far less likely to experience digestive issues.

You’ll also be less hungry and more satisfied with your meals without processed carbohydrates. You may well feel so good that you want to try this experiment again the following day.

This article has a list of Smart Food Swaps, covering all of the potential dietary causes of excessive gas covered so far and their low gas alternatives. You can use this as a simple reference guide to a healthier and much less gassy diet.