How to Make Ginger Tea at Home, Best Tea Bags and Why It’s Better Than Ginger Water 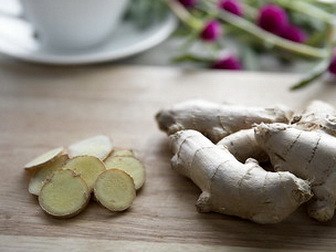 Homemade ginger tea is simple to make and delicious to drink, with a warming and soothing flavor and many potential benefits for better health.

Here are recipe instructions for making one of the best herbal teas for bloating, gas and stomach problems in your kitchen.

Also ahead, why this method is far superior to ginger water and the best brand of organic ginger teabags.

Why This Ginger Tea Recipe Provides the Most Benefits

Some methods for making ginger tea call for boiling the root in an open saucepan for long periods. While this may get more ginger flavor into the water, it’s also likely to destroy the healthy volatile oils like gingerol with excessive heat.

You need steaming hot water to release the potent compounds from the ginger root, but not so much that they start to evaporate and break down.

Traditional resources recommend keeping water temperature below 100°C for preserving the essential oils in herbs like ginger. Given this, I’d strongly suggest following the recipe for ginger tea above closely for the most digestive and weight loss benefits.

While homemade ginger tea is probably better, it’s not convenient for work or traveling. Sometimes you’re also short on time and prepared ginger tea bags are quick and handy and taste great.

The best organic ginger tea I’ve found is this great tasting and high strength one I use. The reviews are overwhelmingly positive and it has a good concentration of volatile oils.

When making up ginger root tea from tea bags, it’s also a good idea to use very hot but not boiling water and cover the cup you brew the tea in. However, since the ginger is powdered and concentrated it should be strong enough to drink in 5 minutes of steeping.

As an alternative to ginger tea made with hot water, some recipes suggest making ginger water by placing slices of the root in a large jar of cold water and leaving it overnight in the fridge.

Often lemon juice is included in these ginger water recipes, which is a good idea for detoxification.

In general though, I would not expect cold brewed ginger water to be as beneficial as hot ginger tea, despite it taking much longer to make.

The reason for this is that gingerol, shogaol and other volatile oils found in ginger, and identified as responsible for so many of its benefits, requires heat to be properly released into water.

It’s possible, if the recipe called for the ginger rhizome to be grated very finely, or pounded in a mortar and pestle, that the essential oils would leech into the water in high enough concentrations.

Even then though, cold brew ginger water seems like a lot of extra effort for less effectiveness versus the regular hot ginger herbal tea. 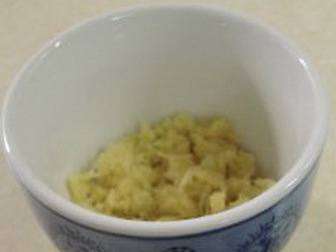 Some new ginger water recipes recommend boiling a large amount of ginger in a saucepan for 15 minutes or more, straining the liquid and storing it in the fridge to be used over several days.

While this method for making ginger water would have quite a strong gingery taste, the volatile oils and healthy phenolic compounds will be degraded or evaporated if you make it like this.

Ginger water sounds like a good idea at first. Ultimately though, it isn’t as effective at delivering the beneficial compounds in the herb for much more work.

I’d really recommend making up a fresh cup of ginger tea, following the step by step recipe instructions above, every time you want to drink it for best results.

The ideal time is just before or during a difficult to digest meal. It can also be used as an effective natural remedy whenever you experience bloating or intestinal cramps.

There’s much more on using ginger for digestive problems here, as well as how it soothes an upset stomach and prevents nausea here. This potent herb can even be used as a natural weight loss aid.

How do you like to make ginger tea, fresh from the root or with strong organic teabags like these?

I’d also be interested to hear your opinion on ginger water versus ginger tea and the different effects you’ve experienced if you’ve tried both of them.